Technology a cost for Humanity

Posted by lazarus on July 18, 2018
Technology has in no-doubt made our work easier and has completely taken over our lives and, for the most part, we’ve let it. so is it safe to say technology is a price to pay for our humanity or a cost for humanity.

Technology makes our lives easier but at what cost, imagine the GPS system were to go offline, all our connection would be left handicapped, many would be left wondering where to go and cant even locate their own houses, we now live in an era where loosing your phone is like loosing a part of your brain.
In this book called Re-Engineer Humanity, Evan Selinger, professor of philosophy at the Rochester Institute of Technology, and Brett Frischmann, professor of law at Villanova University, argue that technology is causing humans to behave like mere machines.

Having our fundamental functions taken over, it is said that algorithms, robots, and consumer devices have begun to be dissociate us from our own humanity. The text isn’t a luddite-like rejection of technological progress. but one which evaluates the way in which we let tech into our lives. 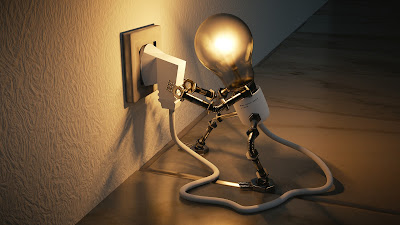 With technology taking over humans tend to loose their jobs everyday, a question regarding this topic was raised on Quora,


What would happen if humans lost 50% of all the jobs in the world to robots?

And was Answered by Glenn Luk, Invests in technology and growth-oriented companies, on Quora.
where he said that What if humans lost 90% of all jobs in the world to robots, automation and technology? Where would we be today.

These are just a few examples of how jobs and the nature of work has changed over the years, pushed forward by unshackling humanity’s collective ingenuity to solve problems. In my view, robots (and artificial intelligence) are merely another chapter in humanity’s ongoing drive towards greater productivity and innovation.

Dealing with disruption (better this time around)
However, before we all lock arms together for a massive Global Group Hug and embrace this Utopian future of unlimited abundance, we need to be ultra-aware about how disruptive change caused by new technology can be the root cause of global conflict.

I remember a time not so long ago when Globalization was praised by the masses, immigrants were welcome, new technologies and inventions were taking the world by storm and the economy was making everyone wealthy.
I am talking about the mid-90s. The 1890s, that is. Over the next half-century, the world underwent what is arguably the most destructive period it had ever seen. Rapid changes in technology ultimately led to massive changes in society — everything from politics (end of the Colonial era to rising Nationalism), communications (the telephone), to culture (the rise of car culture), urban planning (the invention of modern suburbia), to shrinking household size.

Rapid technology change is disruptive and we need to be prepared for the changes. Fundamental questions need to be answered:
While I remain an optimist, I do sometimes worry that humanity is not yet adequately prepared to answer these questions. Or that it will take explosive changes — particularly worrying in the Atomic era — to ultimately get to the next stage of human development.

I think for as much time and effort as our amazing entrepreneurs put into trying to innovate and push human productivity forward, we also now need to spend time figuring out how society needs to evolve — in as non-disruptive and human-focused way as possible — to accommodate new technologies.
We have created massive wealth, enough to go around many times over — and now we need to learn how to share this bounty in a fair and equitable way that also creates the right incentives for wealth creators to continue pushing forward into the frontier.
lakol Social technology